Vermont American taps and dies are tooled to the most exacting specifications to ensure that bolts fit tightly and anchor securely. Taps are rust and tarnish resistant for greater durability and more accurate fitting.

Taper Taps – 8 to 10 threads chamfered for easy starting of thread in tough materials.

Plug Taps – 3 to 5 threads chamfered for general use when tapping to bottom of hole is not critical. (This is the most widely used type of tap.)

Bottoming Taps – 1-1/2 threads chamfered for use where thread must go to bottom of hole.

Tap and die size is indicated by two numbers. The first number represents diameter of screw or bolt. The second number represents number of threads per inch. The letters after the tap size indicate thread series:

Example: A 1/4-20NC tap has a nominal major thread diameter of 1/4″, cuts 20 threads per inch and has a National Course thread series. 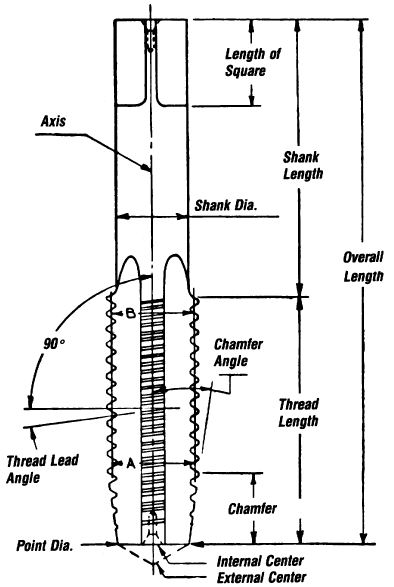